In minutes of meeting in then-defense minister Moshe Dayan’s office, top Israeli officials discussed how to violate international law in building settlement of Kiryat Arba, next to Hebron.

It has long been an open secret that the settlement enterprise was launched under false pretenses, involving the expropriation of Palestinian land for ostensibly military purposes when the true intent was to build civilian settlements, which is a violation of international law.

Now a secret document from 1970 has surfaced confirming this long-held assumption. The document, a copy of which has been obtained by Haaretz, details a meeting in the office of then-defense minister Moshe Dayan at which government and military leaders spoke explicitly about how to carry out this deception in the building of Kiryat Arba, next to Hebron. 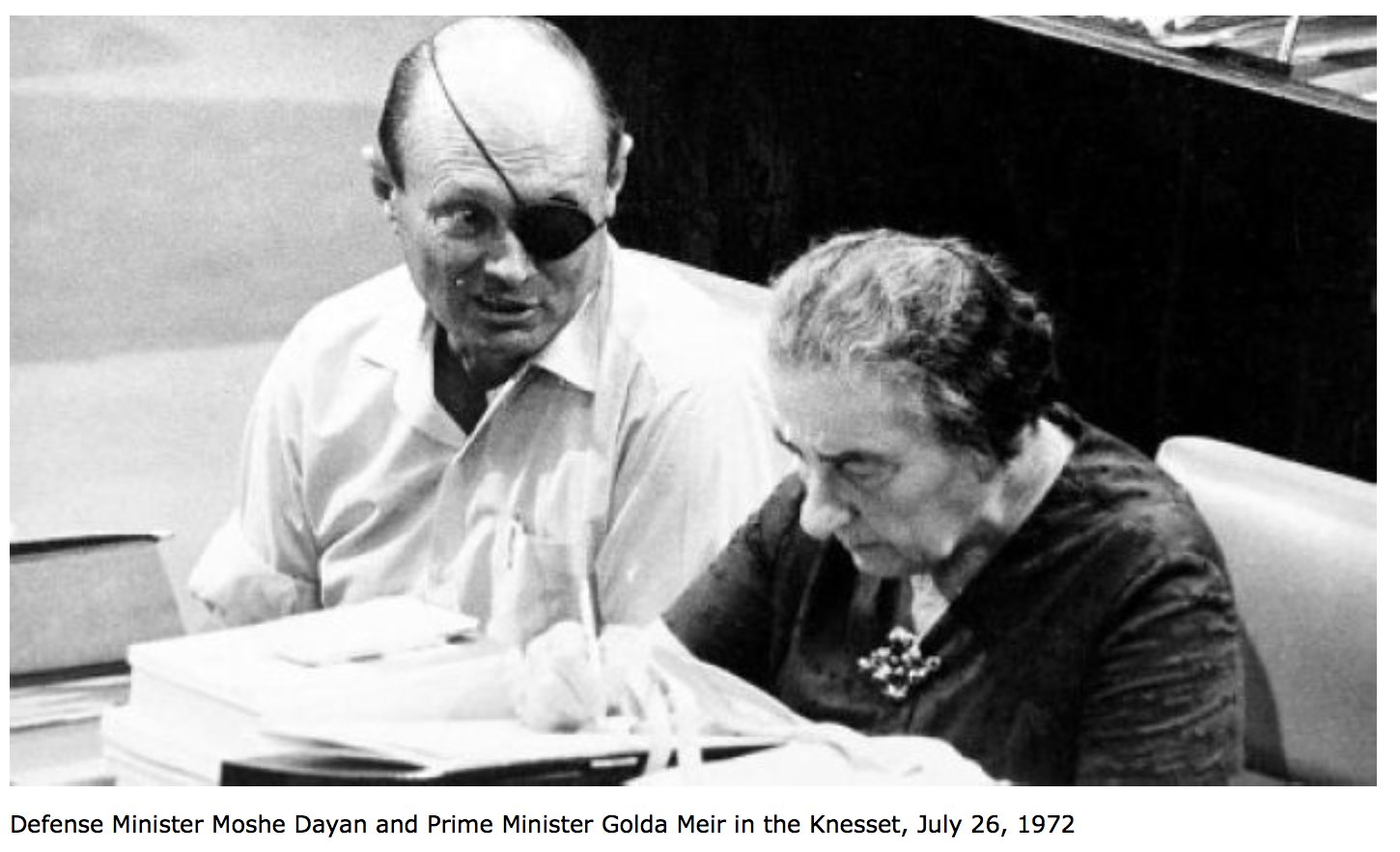 The document is titled “The method for establishing Kiryat Arba.” It contains minutes of a meeting held in July 1970 in Dayan’s office, and describes how the land on which the settlement was to be built would be confiscated by military order, ostensibly for security purposes, and that the first buildings on it would be falsely presented as being strictly for military use.

Aside from Dayan, the participants include the director general of the Housing Ministry, the Israel Defense Forces’ commander in the West Bank and the coordinator of government activities in the territories.

'Construction will be presented as ...'

According to the minutes, these officials decided to build “250 housing units in Kiryat Arba within the perimeter of the area specified for the military unit’s use. All the building will be done by the Defense Ministry and will be presented as construction for the IDF’s needs.”

A “few days” after Base 14 had “completed its activities,” the document continued, “the commander of the Hebron district will summon the mayor of Hebron, and in the course of raising other issues, will inform him that we’ve started to build houses on the military base in preparation for winter.” In other words, the participants agreed to mislead the mayor into thinking the construction was indeed for military purposes, when in fact, they planned to let settlers move in – the same settlers who on Passover 1968 moved into Hebron’s Park Hotel, which was the embryo of the settler enterprise.

The system of confiscating land by military order for the purpose of establishing settlements was an open secret in Israel throughout the 1970s, according to people involved in creating and implementing the system. Its goal was to present an appearance of complying with international law, which forbids construction for civilian purposes on occupied land. In practice, everyone involved, from settlers to defense officials, knew the assertion that the land was meant for military rather than civilian use was false.

This system was used to set up several settlements, until the High Court of Justice outlawed it in a 1979 ruling on a petition against the establishment of the settlement of Elon Moreh.

Participant: We all knew the score

Maj. Gen. (res.) Shlomo Gazit, who was coordinator of government activities in the territories at the time of the 1970 meeting in Dayan’s office about Kiryat Arba, told Haaretz it was clear to all the meeting’s participants that settlers would move into those buildings. He said that to the best of his recollection, this constituted the first use of the system of annexing land to a military base for the purpose of civilian settlement in the West Bank. He also recalled Dayan as the one who proposed this system, because he didn’t like any of the alternative locations proposed for Kiryat Arba.

Nevertheless, and despite what the document advocated, Gazit said, army officers told the mayor of Hebron explicitly that a civilian settlement would be established next to his city, rather than telling him the construction was for military purposes.

Hagit Ofran, head of Peace Now’s Settlement Watch project, also said this appears to be the first use of the system of using military orders to seize land for civilian settlement. And while this system is no longer in use, she said, “Today, too, the state uses tricks to build and expand settlements. We don’t need to wait decades for the revelation of another internal document to realize that the current system for taking over land – wholesale declarations of it as state land – also violates the essence of the law.”

“I think this pretense has continued until today,” he added. “Throughout my seven years as coordinator of government activities in the territories, we didn’t establish settlements anywhere by any other system.”

But government officials had no idea Kiryat Arba (pop. 8,000) would become so big, Gazit insisted. They only sought to provide a solution for the squatters in the Park Hotel, who “weren’t more than 50 families.”

Today, even Kiryat Arba residents admit that this system was a deception. Settler ideologue Elyakim Haetzni, one of Kiryat Arba’s original residents, noted that during a Knesset debate at the time, cabinet minister Yigal Allon said clearly that this would be a civilian settlement.

“It’s clear why this game ended; after all, how long could it go on? This performance had no connection whatsoever to Herut (the predecessor to Likud); it was all within Mapai,” Haetzni added, referring to the ruling party at the time, a precursor of today’s Labor Party.