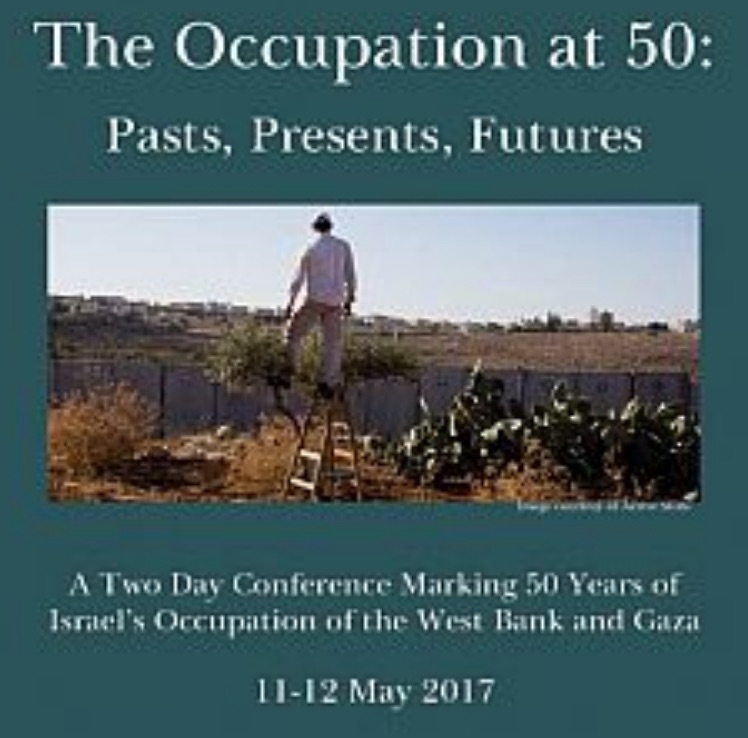 The Occupation at 50: Pasts, Presents, Futures

A two day conference marking 50 years of Israel’s occupation of the West Bank and Gaza
Fulton Building, University of Sussex
11-12 May 2017    >>> Program

2017 marks 50 years for the longest standing military occupation in the world. During that time, the political, demographic, legal, economic and social dimensions of the occupation have changed dramatically - in Israel, in the West Bank and Gaza, in the region, and beyond. The two-state solution has moved from being perceived as a threat to Israel’s existence, to the only possible solution, to one that is now slowly fading into the realms of an unrealistic prospect. The West Bank and Gaza, once viewed as ...

indivisible,have taken different trajectories. Resistance has taken the form of violent uprising, civic protests and international collaboration. The legal system has been portrayed by some as the final frontier for the protection of Palestinian rights, but is seen by others as one of the main facilitators of the occupation. The terms of economic engagement have changed dramatically, from the incorporation of Palestinian labour and markets into the Israeli economy, to selective disengagement during times of upheaval, to complete removal of non-citizen Palestinians from the Israeli labour market, and to calls for Boycott, Divestment and Sanctions. And the international community has moved from bewilderment, to active engagement, to frustration, and, perhaps, to apathy.