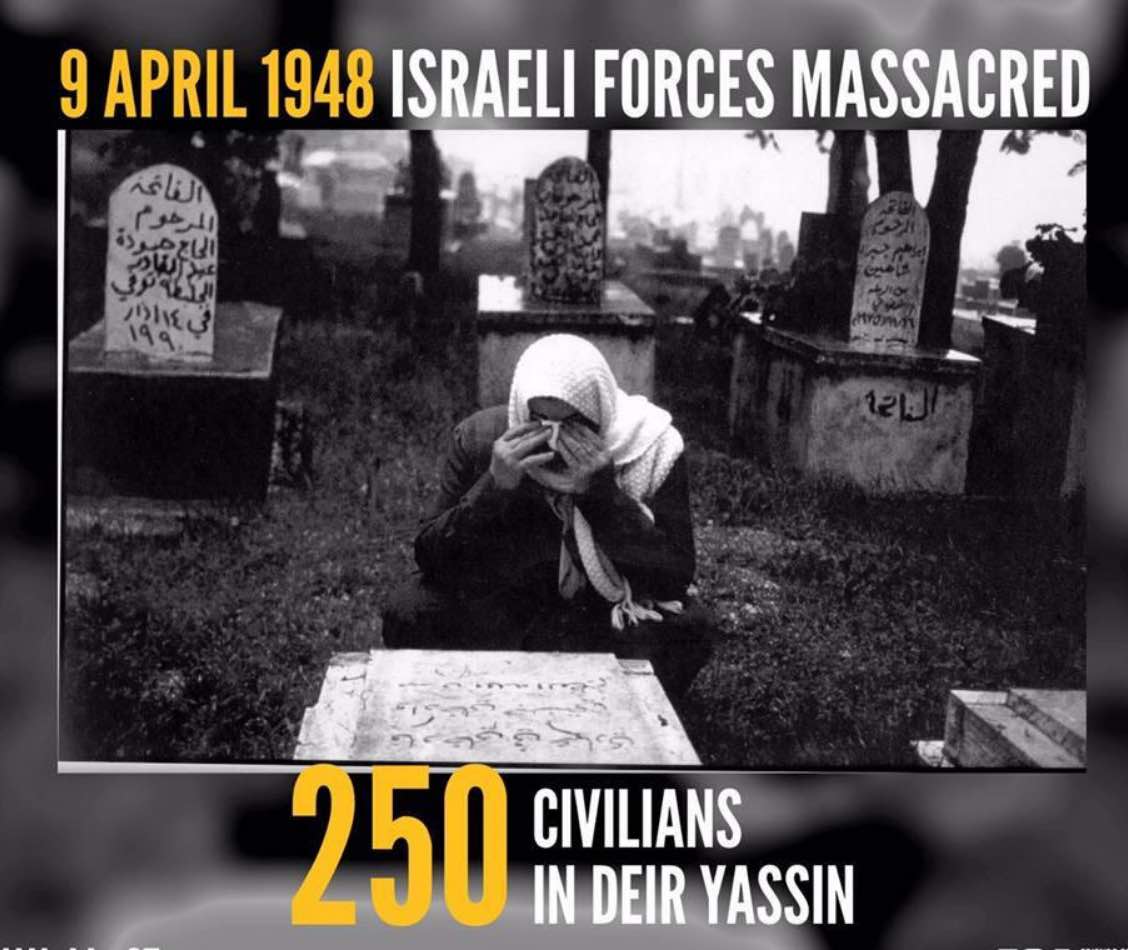 "Today is the anniversary of the massacre at Deir Yassin. On 9 April 1948, my mother’s friend in school chose to go back to her village of Deir Yassin. That was the last time my

mother saw her young friend Hayah Balbisi, and this victim of Zionism remains etched in memorty of my 84 year old mother. Deir Yassin was not the first, last or the largest massacre committed by Zionist forces during that era of ethnic cleansing. But it was prophetic and emblematic for us because its deliberate effect was magnified to scare the villagers (even some survivors were paraded in the streets of Jerusalem and loudspeakers told of more impending massacres). Dar Al-Tifl AlArabi orphanage was created to house the surviving orphaned children. Dozens of massacres were committed just in the six weeks leading up to Israel’s creation and dozens after. Over 500 villages and towns were depopulated in the bizarre 20th century attempt to transform a multi-cultural/multi-religious Palestine to become the “Jewish state of Israel”."

Deir Yassin was an undefended village close to Jerusalem. On 9 April 1948 it was attacked by IRGUN forces and more than a hundred of its inhabitants, all civilians, were killed. Jacques de Reynier, the Swiss ICRC delegate in Jerusalem, was the first outside witness on the spot (see his 'A Jérusalem un drapeau flottait sur la ligne de feu'). IRGUN's commander was Menachem Begin. He benefitted of the general amnesty declared by Ben Gurion after the establishment of the State of Israel - and  some years later he became Prime Minister: a war criminal to become Prime Minister of a democratic State!?

We do not expect such an attitude from persons we believe that they defend the values we share. 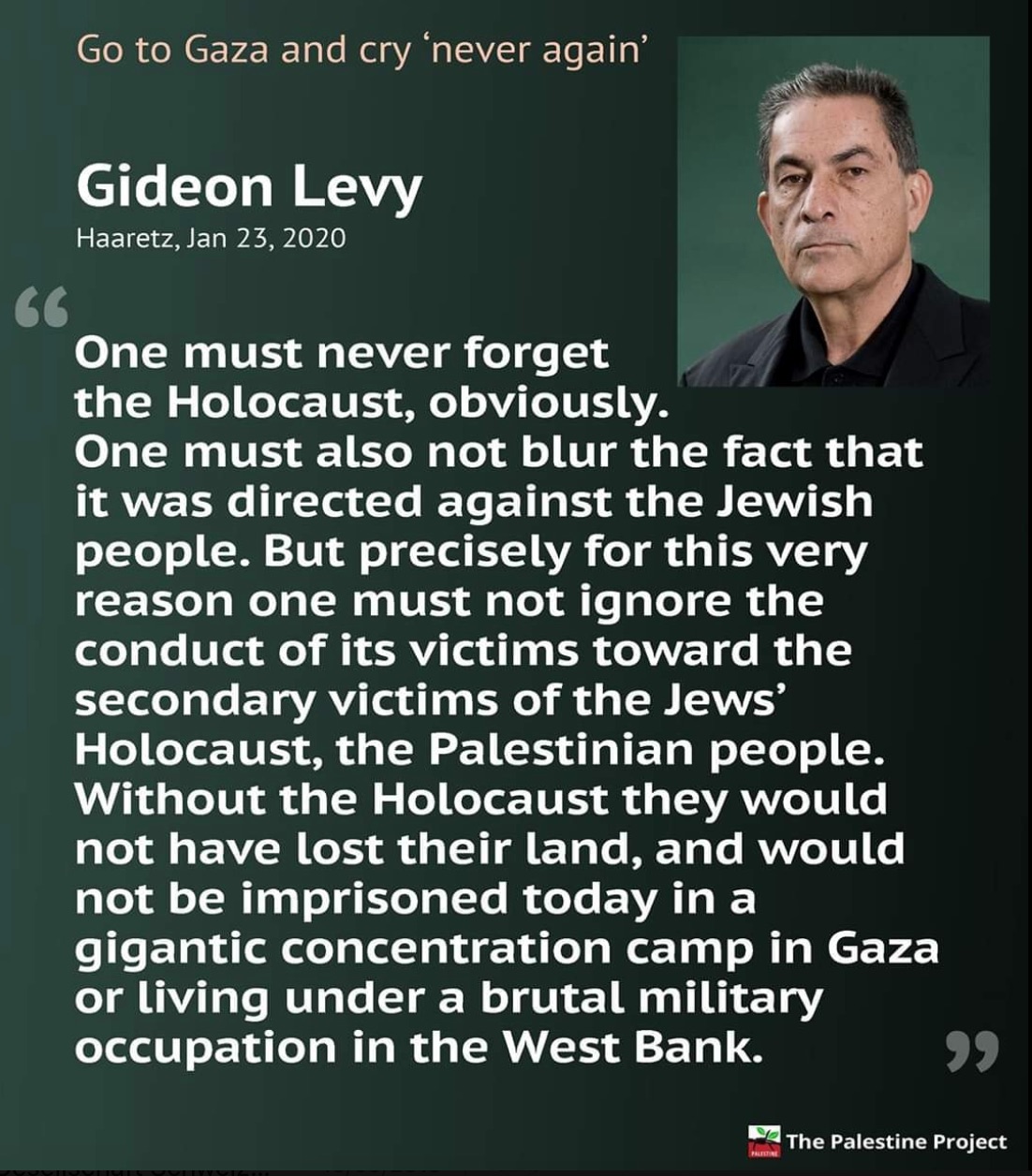